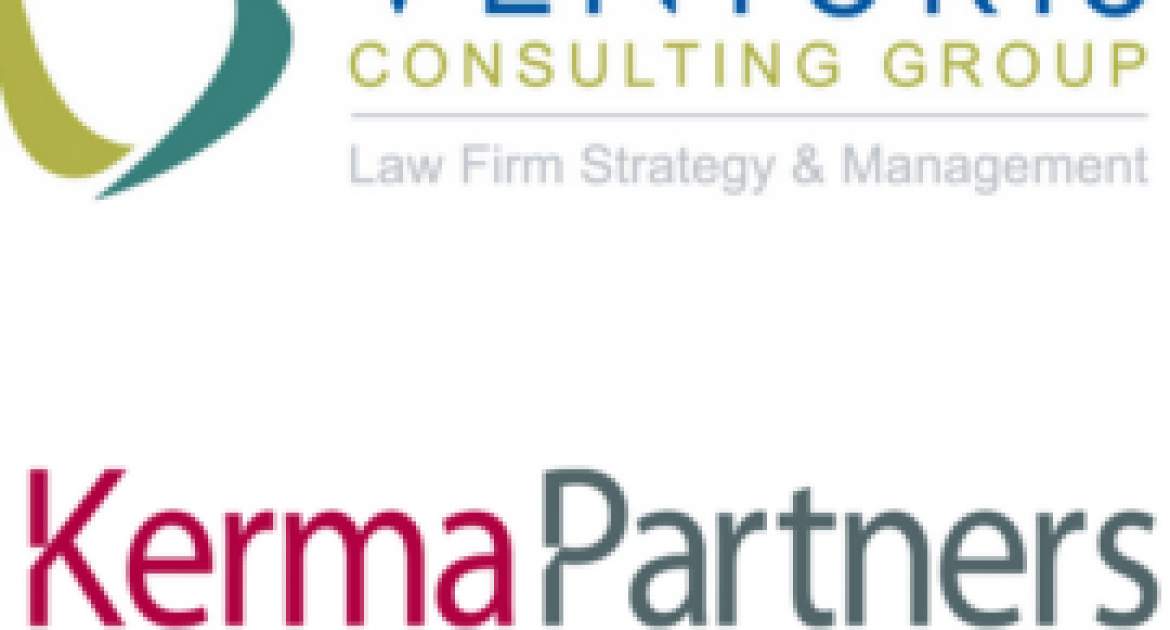 KermaPartners Germany and Venturis Consulting Group merged its business into Venturis Consulting Group; the leading law firm consultancy KermaPartners Latin America/Spain will enter into a strategic alliance with Venturis. KermaPartners and Venturis have offices in Mexico City, Miami, Amsterdam, London, Milan and Munich and have executed strategic projects for law firms in more than 50 jurisdictions involving Latin America, the United States and the United Kingdom, Europe, the Middle East and Asia.

With the merger in Europe, Venturis Consulting Group will expand and strengthen its European service offering in the DACH-region (Germany, Austria, Switzerland) and France. Rupprecht Graf von Pfeil, the Munich-based partner of KermaPartners: “Combining our businesses in Europe allows us to better service international clients active in several European jurisdictions and is our answer to clients that want to have access to a highly specialised European consultancy with an in-depth knowledge of local and international legal markets”. Venturis has also expanded its business analysis and research department with Bruce Chi in London.
According to Amsterdam-based partner Gerard Tanja, the combination of the respective teams of professionals provide clients with “a global perspective and an ‘acting local’ capability. We are now able to service mature and sophisticated firms in the DACH region and in France in all our areas of specialisation”.
Venturis will further expand its Munich office in the area of strategic HRM and plans to expand its offering in other areas over the next few months.
For KermaPartners Latin America/Spain the strategic Alliance with Venturis Consulting Group is a logical consequence of the firms combining in Europe and the existing relationship between the two firms. According to Leopoldo Hernandez, KermaPartners LatAm & Spain Managing Partner, the alliance will not only strengthen the already existing collaboration but will also allow the two firms to expand their activities in Spain. Leopoldo: “We have assisted several of the leading Spanish firms with their market entries and strategic positioning in Latin America and know the culture, particularities and trends in the Spanish legal market extremely well. Working together with Venturis will allow us to combine our in-depth knowledge and understanding of the Spanish legal market with the European experience and leading practices of Venturis”. Leopoldo also cites a Managing Partner from one of the leading, independent Spanish firms: “You can not understand the Spanish legal market if you don’t understand Latin America and it’s role in the internationalization of the Spanish firms. The relationship with LatAm makes the Spanish legal market different from the German, French or Italian market because of the strong business links and economic ties. The common cultural backgroud, the language and similar legislative framework allows Spanish firms to play a relevant role in the region in the transactional, litigation and IP practices. All of these elements have allowed that the market consolidation process in Spain is led by three local firms which belong to the top continental European Law Firms.”
For Dolores Ruiz, senior consultant in the Mexico City office of KermaPartners LatAm/Spain and focusing on strategic sourcing and onboarding of partners/teams, the Alliance will enable KermaPartners to further expand its People services for law firms in Latin America and Spain: “Venturis has very sophisticated People and BD service lines for law firms and further integrating our respective practices will result in high value-add for our clients in Latin America and Spain”.
KermaPartners Latin America/Spain and Venturis will increase its activities over the next few years in Spain focusing on law firm strategy, strategic business development programs and strategy execution like merger consulting, restructuring and the onboarding of teams/sourcing of law firms. “We want to go beyond the ‘bronze-plate’ approach some other consultancies prefer, so I do not exclude that, given the dynamics and size of the Spanish legal market, we will want to be present in Spain with a dedicated team on the ground in 2020” says Robert van Beemen, a Venturis partner from Amsterdam and specialised in the challenges facing European law firms positioned in the (upper) mid-market.
The Alliance will operate under the name “KermaPartners LatAm/Spain in alliance with Venturis Consulting Group” and “Venturis Consulting Group in alliance with KermaPartners LatAm/Spain” respectively.

No comments to show.